Where are interest rates headed in 2018? 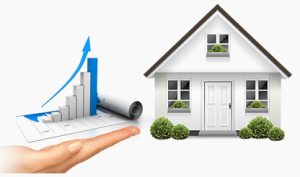 Mortgage bonds ended 2017 with a short-lived rally. On the other hand, stocks investors opened up the New Year in full force – ultimately setting the stock market up for a rally of its own. The rally in bonds at the end of 2017 was likely a year-end rebalancing act for client portfolios (and their risk balance allocations). As the New Year passed, all bets were off as investors looked to join the raging stock market party yet again.

The Dow Jones Industrial Average just surpassed the 26,000 mark, which is another record high. This is the fastest 1,000-point gain in history. And let’s be very clear – the soaring stock market doesn’t suggest a favorable outlook for interest rates in 2018. This could be a precursor to continued growth in the US stock market this year, which is likely to add upward pressure to mortgage interest rates.

One of the other primary drivers of higher mortgage rates is the Federal Reserve and their intention to scale back on reinvestments into mortgage backed securities (MBS). The plan ultimately calls for these purchases, (which happen on a regular basis) to progressively decrease throughout the year. As fewer bonds are purchased, mortgage interest rates will continue to be pushed higher. Although rates will still remain historically low, you can expect to see rates move higher than they currently stand.

The trend of higher rates and higher stock prices will most likely continue in the near term. This is going to add pressure to the housing market as we inch closer to this summer’s busy home-buying season.